This month we celebrate Women’s History Month with a classic. Join us on Wednesday, March 30th for for Diana Ross as Billie Holiday in Lady Sings the Blues. 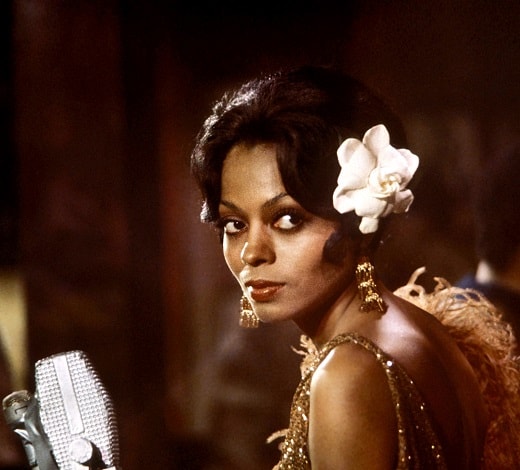 “Any doubts about Ross’ ability to pull off the demanding role were dispelled when Lady Sings the Blues opened. Even those complaining about the film’s clichéd and historically inaccurate script, were won over by her spirited, heartfelt performance. Vincent Canby put it most succinctly in the New York Times: “How is it possible for a movie that is otherwise so dreadful to contain such a singularly attractive performance in the title role.” Many, in fact, suggested that her performance (and those of Pryor and Williams) made the effort worthwhile. Critics were also impressed with Ross’ interpretations of the songs, with Roger Ebert noting, “She doesn’t sing in her own style, and she never tries to imitate Holiday, but she sings somehow in the manner of Holiday. There is an uncanny echo.” The soundtrack album was the fastest selling in Motown’s history to that time, and purists could content themselves that the film’s success led to increased sales of Holiday’s original recordings and albums.” Source: TCM