SAVE THE DATE: LSP X PGAAMCC ‘All the Stars’ Edition

14 Jul SAVE THE DATE: LSP X PGAAMCC ‘All the Stars’ Edition

LSP is excited to be partnering with the Prince George’s African American Museum and Cultural Center (PGAAMCC) for First Fridays series, August 3rd. We decided to try something a little different, so the festivities will take place in two movements: 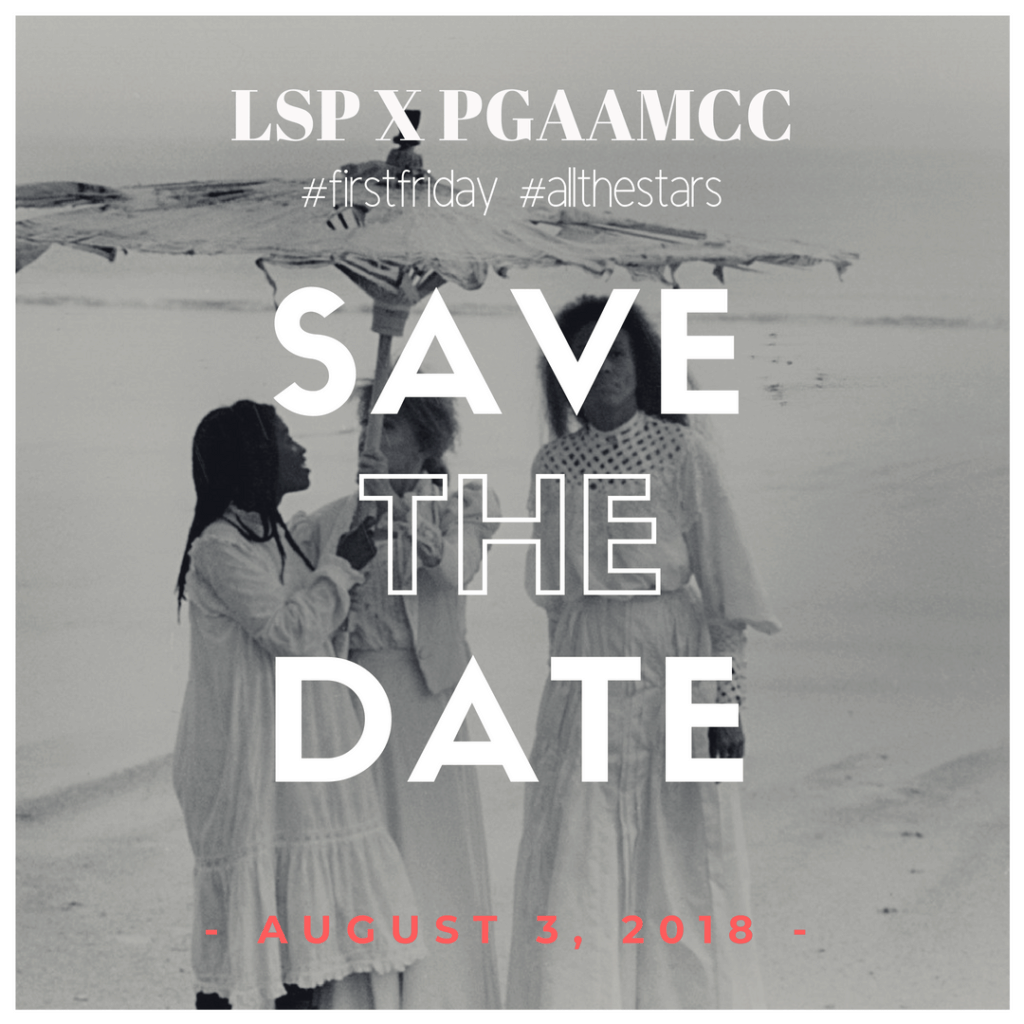 Movement One: Outdoor Film Screening | 7PM-10PM: Join us for an evening of ancestral remembrance and Black excellence in film with an outdoor screening and discussion of Julie Dash’s epic independent film Daughters of the Dust.  Pre-screening lecture on the Gullah will begin at 7:30PM, followed by film screening. Light eats and cocktails will be available for purchase. Vendors will also be on site.  Free and open to the public with RSVP.
Daughters of the Dust is a 1991 independent film written, directed and produced by Julie Dash and is the first feature film directed by an African-American woman distributed theatrically in the United States. Set in 1902, it tells the story of three generations of Gullah (also known as Geechee) women in the Peazant family on Saint Helena Island as they prepare to migrate to the North on the mainland.  The film gained critical praise for its lush visuals, Gullah dialogue and non-linear storytelling. The cast features Cora Lee Day, Alva Rogers, Barbara-O, Trula Hoosier, Vertamae Grosvenor, and Kaycee Moore and was filmed on St. Helena Island in South Carolina. Daughters of the Dust was selected for the Sundance 1991 dramatic competition. Director of photography Arthur Jafa won the top cinematography prize.The film is also known for being the first by an African American woman to gain a general theatrical release. Running Time: 112 Minutes 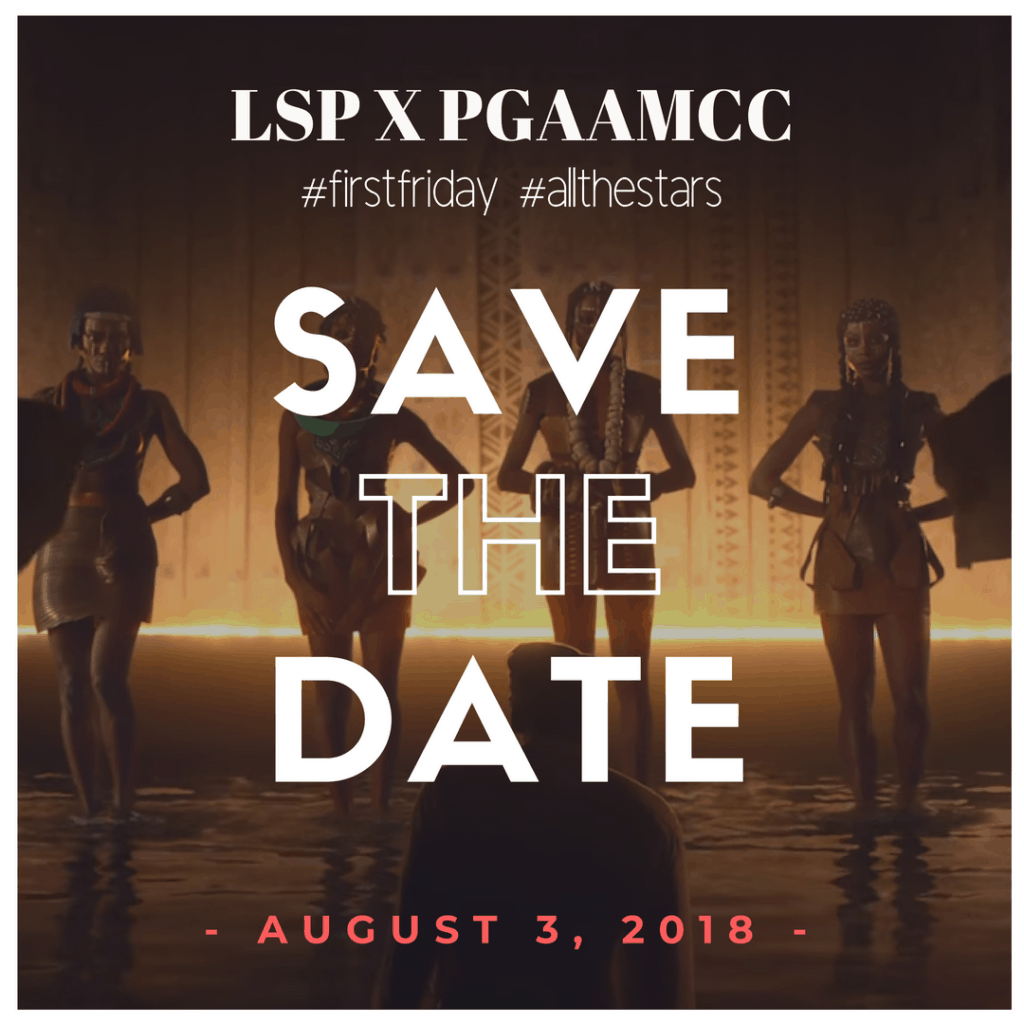 Movement Two: Outdoor Dance Party | 10PM-2AM: Join us for a dance party under the stars! Special guest DJ Stylus spins a set inspired by motion picture blockbuster The Black Panther and hit single “All the Stars” by Kendrick Lamar + SZA. It will be Afrofuturistic vibes all night across a span of genres for the rest of the night. Light eats and cocktails will be available for purchase. Vendors will be on site. Free for PGAAMC Members all night | $5 with RSVP | $10 without.