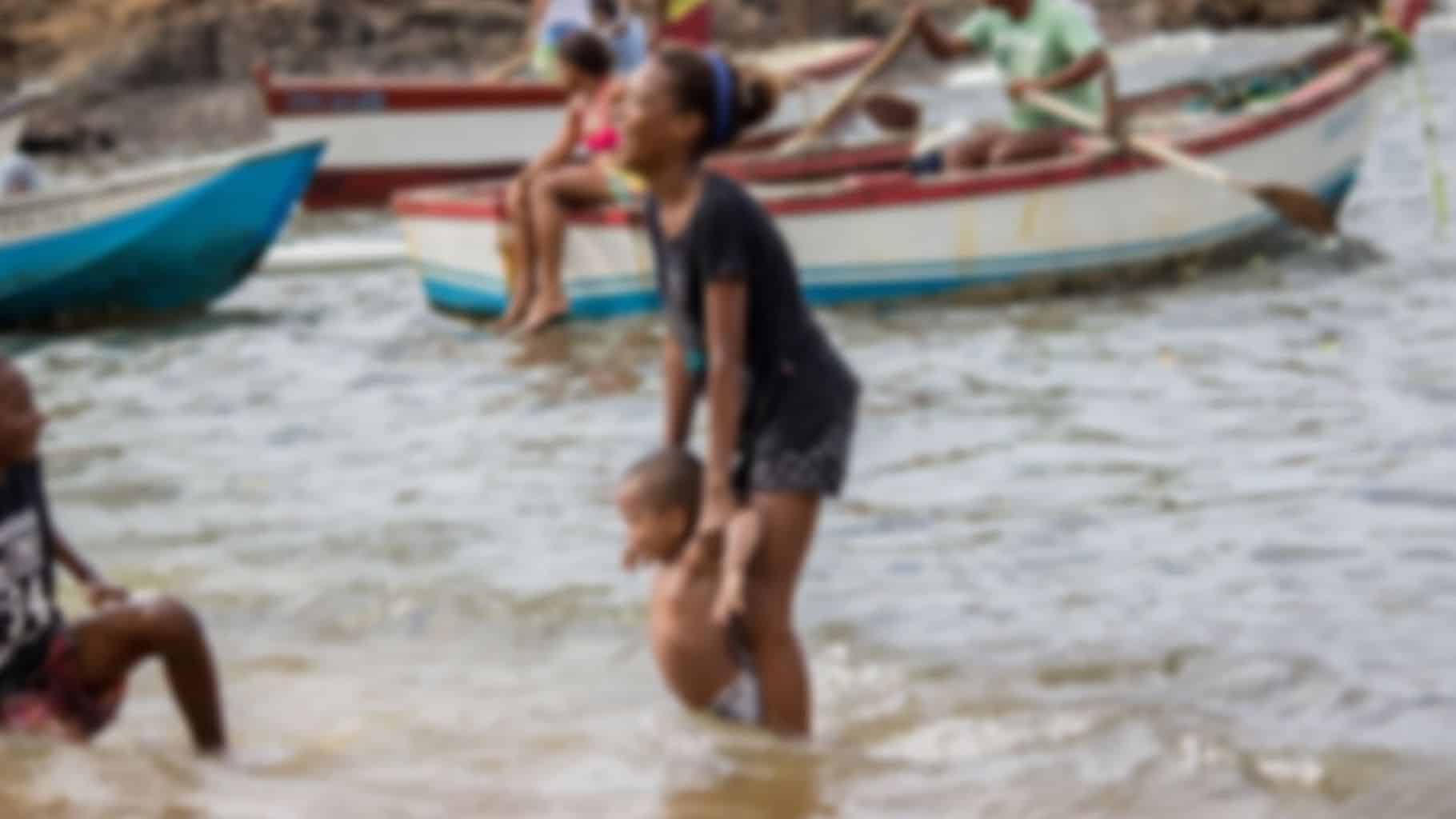 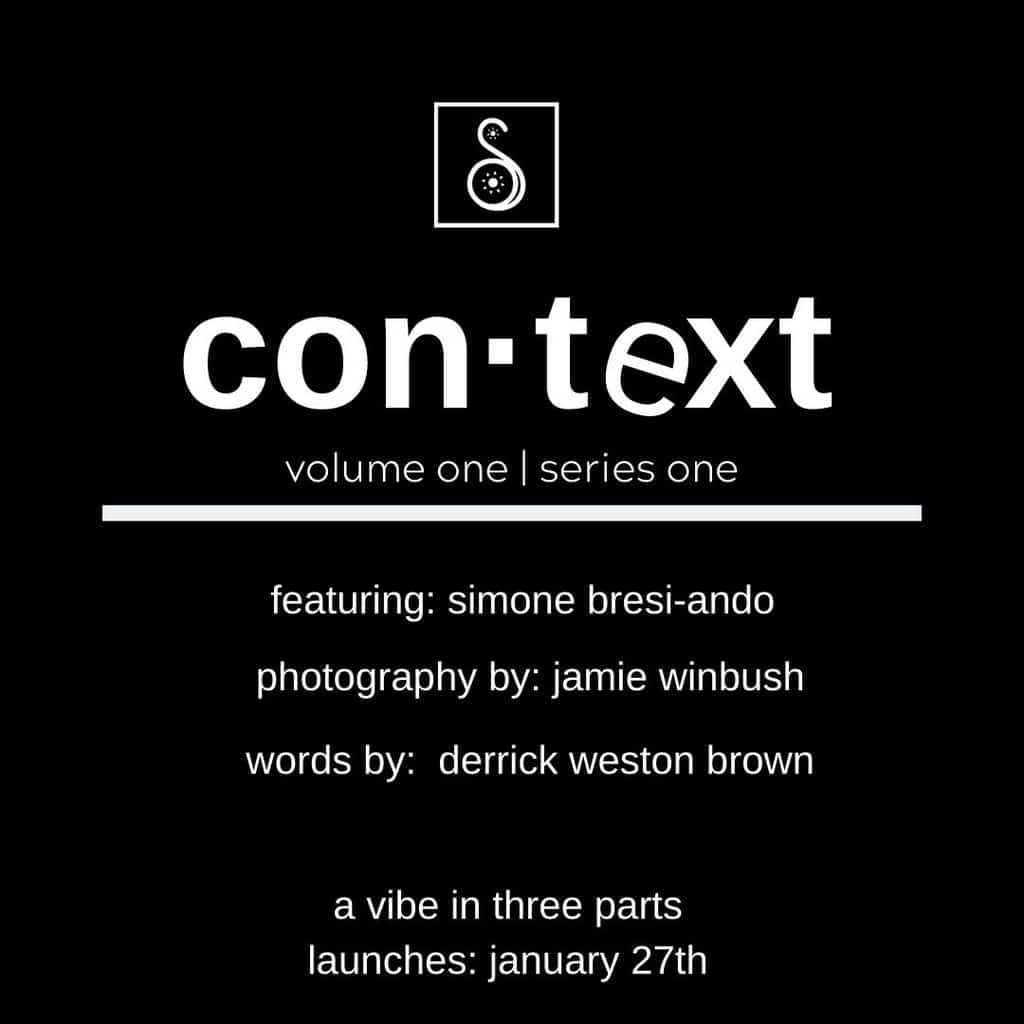 It all started last summer when the team got together for a content retreat. I wanted a fresh take on how LSP was going to move forward with content, so the crew threw out a number of ideas. One of the reasons I love face-to-face collaboration is the instant response. As a group, you can tell if an idea has potential or if its just a dud.

As we were brainstorming, my brain was working a mile a minute. This is normal and for anyone that has ever worked with me, it can get real intense when I’m trying to pull the idea out. There were some good ideas being thrown out, but there was this word that kept repeating itself in my mind-“context”. I saw something, but I needed to test it out. it was time to play the “what if” game, so I hit the group with the following idea:

What if we got some really dope pictures,  gave them to a writer and asked them to write whatever comes to mind.  We wouldn’t tell them anything about the photos, but challenge them to write about what they see. It would be like they are creating a new context for what we are seeing.What y’all think?

The response was an instant and overwhelming,”Yeah!” It felt like we had a winner, so we put the series in the cue and there is stewed for awhile. It has taken a few months to find just the right series of images to start with, and I think what we have brought together is so much better than I could have imagined.

A few things to be aware of, these photos were not created for this series, and while the photographer and featured model know one another, neither of them know the writer. I literally selected these images from Simone Bresi-Ando’s Instagram page which were taken by  the talented  Jaime Cheyenne, and gave them to Derrick Weston Brown without explanation. Derrick crafted the words for each image in the series.

On January 27th we release the first of three for this first series of volume one. The subsequent releases will happen on January 29th and the 31st. I am looking forward to sharing this new concept with you all and even more excited to  see what happens when these three talented folk are brought together in this unique way.

Simone Bresi-Ando is an accomplished public speaker, social commentator and female empowerment activist. It was a natural step for Simone to create her own PR offering and in 2011; Bresi-Ando consults, a global boutique PR consultancy was born. With 15 years’ worth of experience in communications, events and PR on a national and international level within the public and private sectors, she has turned her attentions to giving a holistic approach to brand positioning, communications, events and PR through her small but impactful, and delivery focused consultancy. In 2009, she founded the social enterprise, I’mPOSSIBLE Global CIC, a network with a global reach that educates and empowers women and girls of color. Simone has managed to get global brands such as L’Oreal’s Mizani, Pearson plc, Ernst & Young and Deutsche Bank as sponsors and partners for the various activities the organization carries out. For her outstanding work promoting the rights of women and girls, Simone was given the Leadership Award by Women: Inspiration and Enterprise where she now joins a long list of prestigious recipients such as Queen Rania of Jordan and Princeton Professor, Anne-Marie Slaughter. In 2013, Black Girls Rock! gave Simone a TV salute for her work empowering and highlighting the achievements of women of color. In 2014, she beat 21,000 nominations to become a finalist in the Positive Role Model category for the National Diversity Awards. In addition, Simone has developed Bresi-Ando Tools For Living—a lifestyle hub providing ‘tools for life’ to help one get through the ups and downs utilizing what “we already have, to manifest what we want”. One of her most popular creations to date, is the Adinkra Ancestral Guidance Cards—a deck comprised of 44 Adinkra symbols to help channel information, messages and direction from the ancestors using Adinkra symbols. You can find Simone on Instagram at @simoepossible.

Jamie Winbush is an editorial photographer and budding cinematographer whose mission is to change the standards of beauty in mainstream media. You can find her on Instagram at @staringstrangers.

Derrick Weston Brown holds an MFA in creative writing, from American University. He has studied
poetry under Dr. Tony Medina at Howard University and Cornelius Eady at American University. He is a
graduate of the Cave Canem and  VONA Voices summer workshops. His work has appeared in such
literary journals as The Little Patuxent Review,  Colorlines, The This Mag, and Vinyl online. He was
nominated for a Pushcart Prize in 2012. He worked as a bookseller and book buyer for a bookstore which
is operated by the nonprofit Teaching for Change. He was the founder of The Nine on the Ninth, a
critically acclaimed monthly poetry series that ran from 2005-2015 at the 14th & V street location of
Busboys and Poets. He was the 2012-2013 Writer-In-Residence of the Howard County Poetry Literary
Society, of Maryland.  He is also a participating DC area author for the PEN/Faulkner Foundation’s
Writers-in-Schools program. He’s performed at such esteemed venues as The Nuyorican Poets’ Cafe and
the Bowery. He has lead workshops and performed at Georgetown University, George Washington
University, Sweet Briar College and Chicago State. He has appeared on Al-Jazeera and NPR as well.  In
May of 2014 he was also the recipient of a Maryland State Arts Council Individual Artist Grant. He is a
native of Charlotte, North Carolina, and resides in Mount Rainier, Maryland. His debut collection of
poetry entitled, Wisdom Teeth, was released in April 2011 on Busboys and Poets Press/PM Press. His
second collection of poetry, a chapbook entitled On All Fronts , was released  along with two other
poetry chapbooks in a bound series from Upper Rubber Boot Press entitled Floodgates Vol.5 , this March
of 2019. You can follow him on social media on Facebook and on Instagram
@theoriginalDerrickWestonBrown as well as his author website DerrickWestonBrown.com