Client News: BPP featured in ‘Makers in the Mansion’ Exhibition 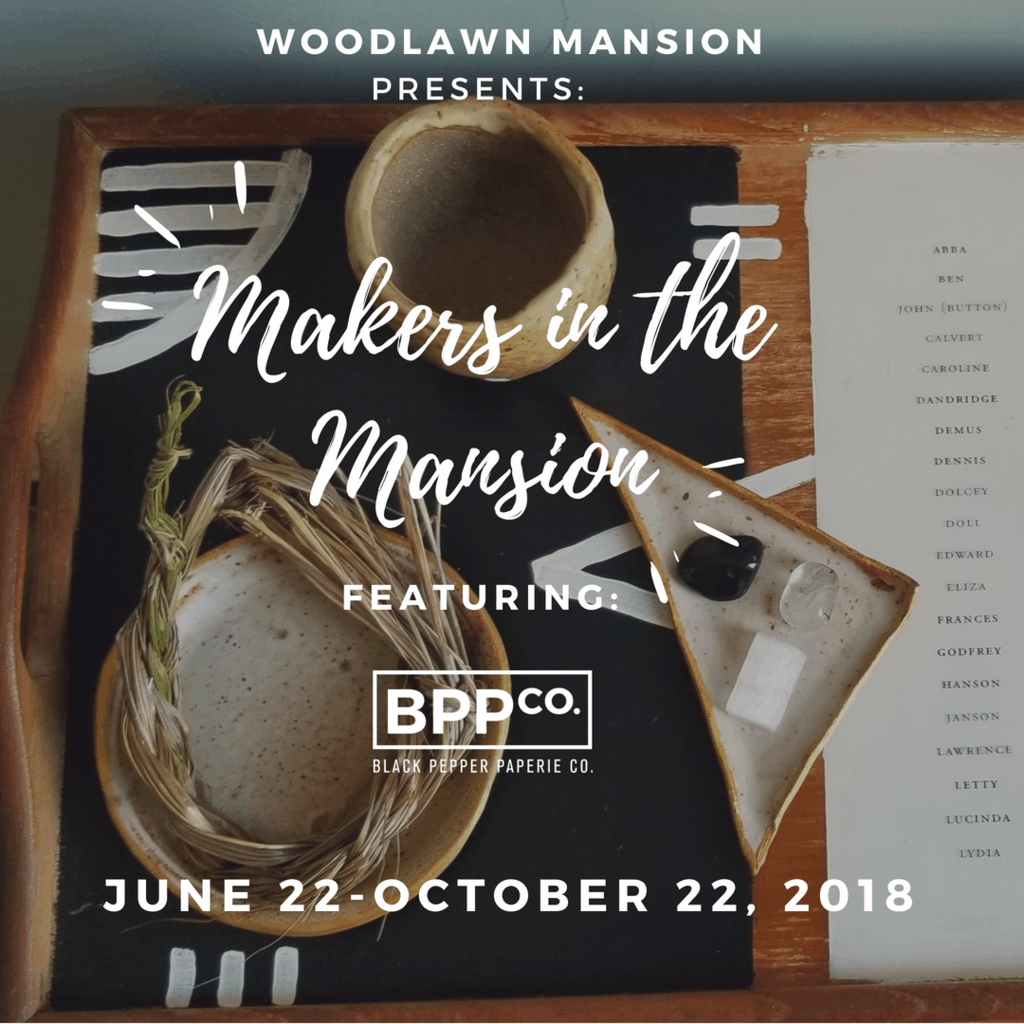 “Woodlawn has recently embarked on an interpretation that tells the stories of all of our owners, who, throughout its history, and often through creative pursuit, expressed their views on social matters important to their time. Now, through six installations of work and a writing project by local African American artisans, we open the first door to a longer journey to broaden our interpretation of the largely unknown histories of the people who didn’t own the mansion house or property, but had a huge impact on it nevertheless.”

Congratulations to client Hadiya Williams of Black Pepper Paperie and our own Risikat “Kat” Okedeyi on a successful launch of Layers featured as part of Makers in the Mansion.

Conceived in partnership with BPP creative director Risikat “Kat” Okedeyi, Hadiya’s installation is simply titled Layers. In reflecting on the origins of Woodlawn Plantation and its slave-holding past, the dining room area represents the nexus where the free and the enslaved encounter one another in a tenuous dance between the visible (“master”) and invisible (“slave”).

At the center, the table is laid out for six in Hadiya’s signature patterned style. While seemingly innocuous, a closer look reveals a timeline that highlights notable moments in history that affect the livelihood of bonded people specifically in Virginia and throughout the country. The sideboard and mantle serve as altars to the unnamed enslaved woman who would prepared the daily meals and the servers who in close proximity to their masters, must pretend to be unaware and unaffected by the daily issues being discussed. Finally, the window treatments feature what are known as sacred geometric patterns, homage to the ancestors of the natural-born, but unrecognized citizens, of this land of liberty. A quiet remembrance of these ancestors are also seen in egungun portal* created by the strips of cloth that hang over the door frame leading to the parlor. An edited Declaration of Independence* finalizes the setting as an additional remembrance and an effort to separate the fiction from the lived reality of Black people enslaved or otherwise.