21 Mar FELA! is Coming to Clubhouse + Kat is on board as artistic director! 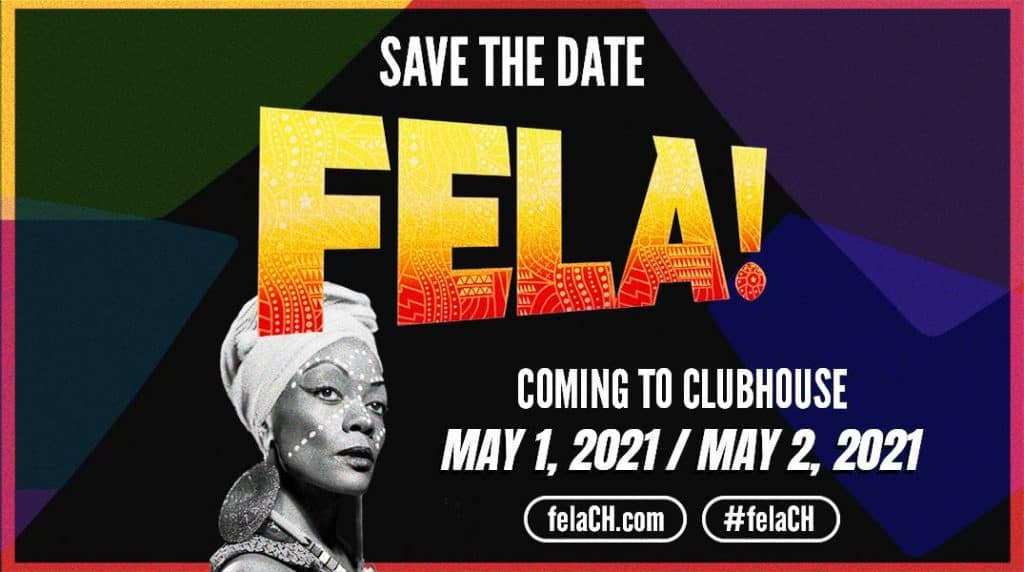 Okay, let’s start with what is probably the most pressing question: What is a clubhouse? Clubhouse is a new type of social network based on voice—where people around the world come together to talk, listen and learn from each other in real-time. Since its inception, it has slowly grown in popularity and become a unique way for creatives, tech folks, healers, entrepreneurs and bearded cuties to exchange information, tell stories and collaborate on special projects.

The success of The Lion King being the first theatrical production brought to the platform launched several other productions including Dreamgirls, For Colored Girls Who Have Committed Suicide When the Rainbow is Not Enough and now, FELA!. The original production premiered on Broadway ten years ago and became a showstopping success that eventually traveled throughout the U.S., the UK, and eventually Lagos, Nigeria.

Now that casting is almost complete the real work begins and one of the leaders on the creative side is our very own Risikat “Kat” Okedeyi who will serve as Artistic Director for the production. To find out more, make donations, and hopefully (CH is currently only available to iOS users ?) tune in for what will be a historic adaptation written and directed by a Nigerian woman and primarily powered by Nigerian creatives and producers, log onto FelaCH.com, and follow presenter The New Nigerian on Instagram and Twitter.