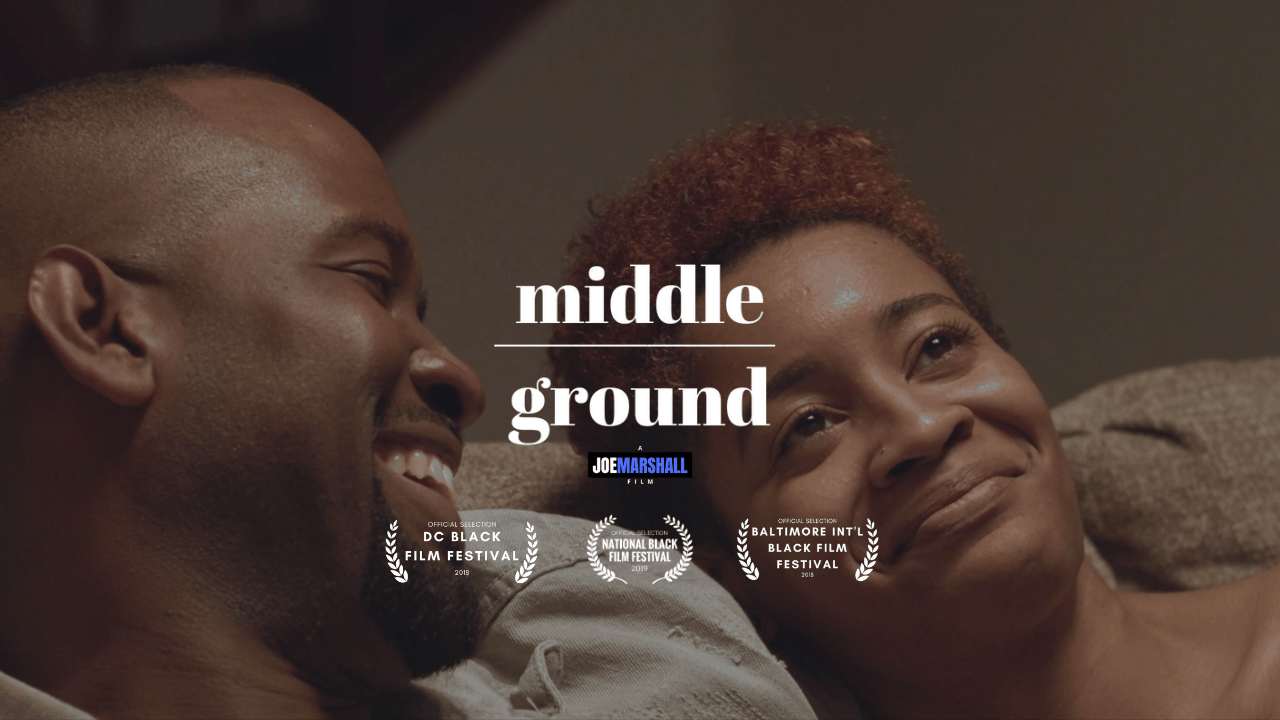 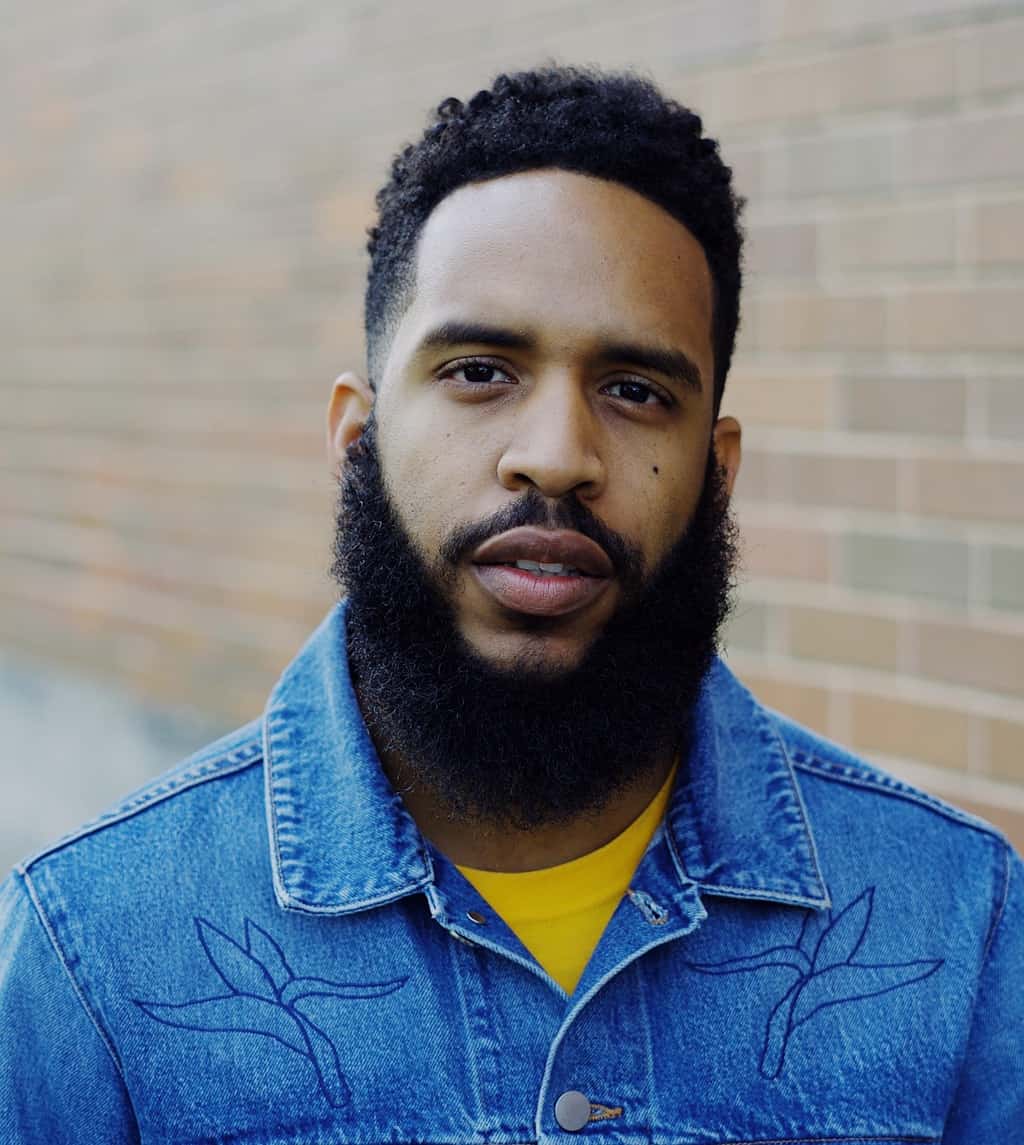 20 May Messy Millennial Sex, Love and Catcalling; is there a Middle Ground?

You ever hear a song for the first time, and somehow, days later, you are still humming the melody?

Well, Middle Ground is that, but in short film form. It’s the project that keeps churning, even after you have finished binge-watching—leaving you hungry for more. The super smart, Middle Ground is a millennial rumination on all the messy grey areas of gender roles, dating and sexual harassment.

Created by self-taught filmmaker, Joe Marshall, the series, which he calls a Visual Essay is a fresh take that challenges us to think about gender and dating in more nuanced ways. He gets to the real questions: Like, why does consent seem so much more hazy in real life? And can a guy ever holla at a girl in a non-creepy way? Is this “holler-ing” thing even necessary or desired? And what does that body language really mean?

Check out our conversation below.

Maya Cooper (MC): What was your inspiration for the project?

Joe Marshall (JM): It all started in 2017, where I did a 48 Hour Film Project. It’s basically a film festival where you create an entire film in 48 hours. We were actually going to make a horror film. Thank god we didn’t! My team started throwing around ideas, and one of our teammates suggested the idea that we address a woman and what she has to do to prepare mentally and physically just to walk down the street. That led to a discussion about sexual harassment and catcalling. So from there, Here Kitty was born. We created Here Kitty for the 48-hour film project, but it was about an hour late, so we weren’t eligible to win, but we did get honorable mention. And that was super cool.

From there, I just wanted to continue to use that format to address taboo issues in society with the goal to present different perspectives and promote audience discussion around these topics. So the hope is that presenting these different perspectives, that someone who may see differently can better understand where that point of view is coming from. Maybe two people from different view points could reach a respective middle ground.

MC: One thing that I really appreciated when I watched the series was that it was undoubtedly not prescriptive or preachy. You were very clearly presenting several sides of different male// female dynamics. I saw that you wrote the script but did you work with any other writers to ensure that you were capturing these different perspectives fully, or is that all you?

JM: So Baseline Drive (ep.2), was basically just me presenting an exclusively male perspective, that I drew from my own experiences and conversations with other men in my life. However, I had to tell stories of women specifically for Here Kitty (ep.1) and Babel (ep. 3). And I had to tell them in an honest way. These aren’t my stories to tell–which I learned and recognized that through trial and error. Haha. So I have a wonderful team of strong female producers. Whenever I am trying to tell a story that’s not my own, I reach out to those strong women in my life and I have a conversation. I just ask them how they are feeling and I explain what I am trying to do with the script. But when it comes to the dialog I literally just have conversations with them. I hear their perspectives, I listen to their conversations. Then I just translate that into the dialog—and just put my comedic spin on it to make it fit within the theater of the world I’m creating.  Then I send the script over to them so that they can ok it. And they let me know if anything is wrong or if I’m mansplaining too much. Haha…and then I will listen and adjust.

MC: What is the goal of the project?

JM: The whole thing is to promote empathetic discussion around taboo issues. We live in a world where its the “Cancel Generation”; everyone just wants to block, or ignore people who don’t agree with them. Especially when it comes to politics, no one wants to have conversations with people if it doesn’t exactly align with their views. And I was kind of like that.

Things changed when I met my girlfriend who just loves to debate. Especially women’s issues. I never considered myself a chauvinist. But in my conversations with her I would find myself expressing my opinions, and she would express her opinions, and it would always end up in an argument. It got to the point where I didn’t even want to talk about anything serious anymore. But she wouldn’t let me! So after a while my defenses started to come down. At first I was defensive when she would point out issues where men were the problem. But when I was able to let those defenses down and hear her stories and her experiences, it started to create empathy within me. And I was able to see my role in it. That led me understand that if she is feeling like that, then it is real, and I can acknowledge that I have a role in this wether consciously or subconsciously. Which led me to question what can I do to make it better? How can I change? So I want to give that experience to everyone who watches the Visual Essay. The goal is for [Middle Ground] to change them the way it changed me. And now it’s completely changed me into this person who pursues these types of conversations with the goal not just to argue my position. But to really just listen.

I like to use a iceberg analogy. Opinions are just the tip of the iceberg. Opinions are usually what you hear from people first. You can think that’s just all they are, based on their opinions. But what you don’t see are two layers underneath that iceberg, which are perspectives and experiences. I believe people’s experiences shape their perspectives. And those perspectives form those opinions people have. But until you can see and understand those other two levels it’s hard to really have empathy because you’re judging someone off the tip of the iceberg but you don’t know the root. So my goal in these films is to show the root. To show these other layers and perspectives and experiences that will hopefully create the empathy so that you can understand those opinions. Then you can decide whether you agree or not, but you can at least respect them.

MC: You called the Middle Ground a Visual Essay. How are you thinking about that? What does that mean to you?

JM: I didn’t look at as just a film or just a web series. Whereas a web series is just to entertain, for me it was more than that. I was heavily influenced by James Baldwin. I took an African American Studies class in college and reading his literature I loved how he expressed himself and his opinions on the world and race in those books which he called essays. So that was where I got the idea. It’s kind of my dissertation or my expression of what I feel like is going on in the world. And its very personal to me. I didn’t just want to call it a web series because yes, it’s a comedy and can entertain, but calling it an essay made it feel more scholarly. The goal is not for it just to be the next cool thing. I want people to be attracted to it because it’s forcing those hard conversations and challenging the normality of their reality.

Although the three films are connected. Its more so an anthology than a series. Its not heavily story driven. So it doesn’t matter if you have seen the first episode you can still get into any of the episodes.

MC: When I first watched Middle Ground I was immediately reminded of Issa Raes’ Awkward Black Girl. What are your goals, visions for Middle Ground and your future more broadly?

JM: So what I plan to do next is move into a live screening phase. I want to get these into colleges because I feel like my main audience is college students, 18- 24 year olds.

You hit one of my inspirations right on the head: Issa Rae. Its just amazing that we can live in a world right now where I’m a twenty-six year old man and one of the people I aspire to be like is a female film maker. I think thats a testament to how amazing she is and how the landscape of things are changing. She was a huge inspiration for me. How she did what she did independently. If I could have my cake and eat it too, I would love to do what she did. To work independently and have it flourish into something larger.

* This conversation has been edited for length and clarity.*