Posted at 08:27h in General, Kat's Korner, On Location by Kat 0 Comments

Greetings Good People! I am in Amsterdam learning all about Keti Koti which is Surinam’s Emancipation Day. My good friends and fellow creatives The Kip Sisters have pulled off yet another amazing feat. This time they invoke the ancestors and bring awareness to the history of Dutch enslavement with a project called Free Heri Heri For All. Follow me on IG for updates for a behind-the-scenes look at the preparation for the big day. 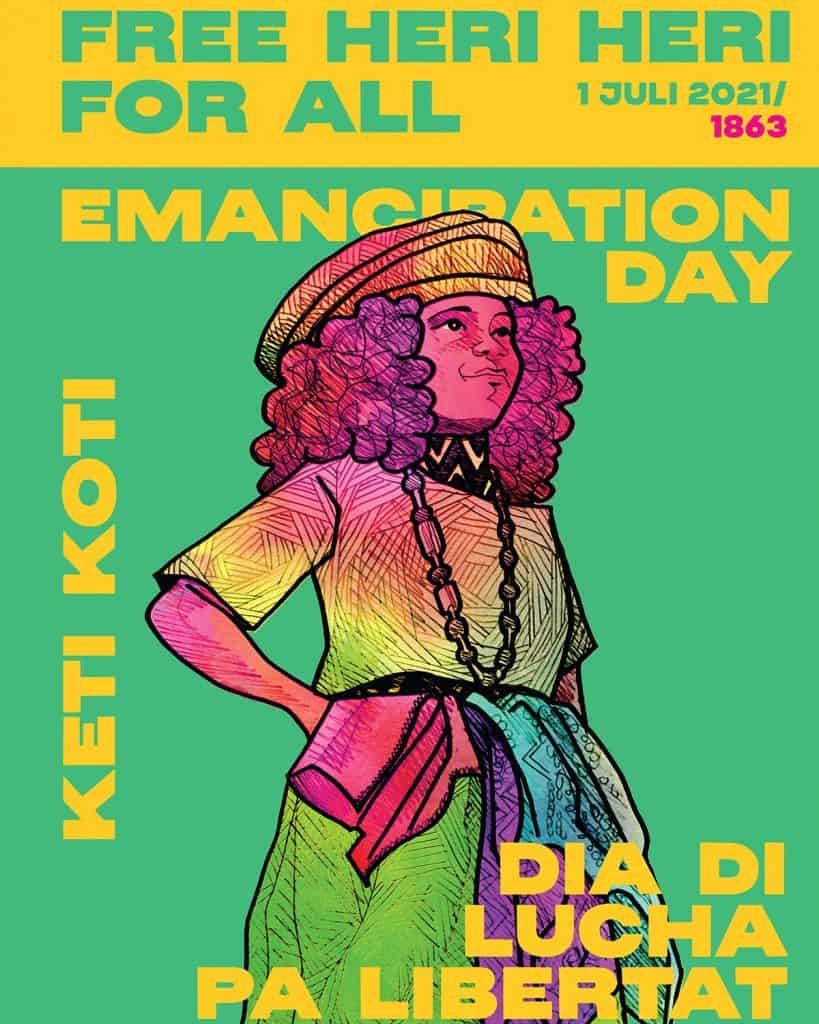 In Surinam, July 1st is widely recognized as Keti Koti which roughly translates to “the chain is cut”. On this day, the Surinamese commemorate the abolition of slavery and the eventual (there is a story) emancipation of those enslaved by the Dutch.

As the story goes the original Emancipation decree was supposed to be in January of 1863. The concern for slaveowners’ crops and what would happen to the harvest, however, trumped the lives of the enslaved. The decree was pushed back and signed on July 1, 1863, AND, a mandatory ten-year “transition” period was enforced. This essentially kept enslaved folks that were by decree “free”, entrenched in a forced -labor system where they continued to work on the plantations and were restricted from leaving without a pass.

It wasn’t until 1873, that actual emancipation occurred. It should be noted that slaveowners were given compensation for their so-called “loss of labor”. Keti Koti is not only an acknowledgment of this time it also a call for acknowledgment for the Dutch crimes against humanity and the need for reparations. 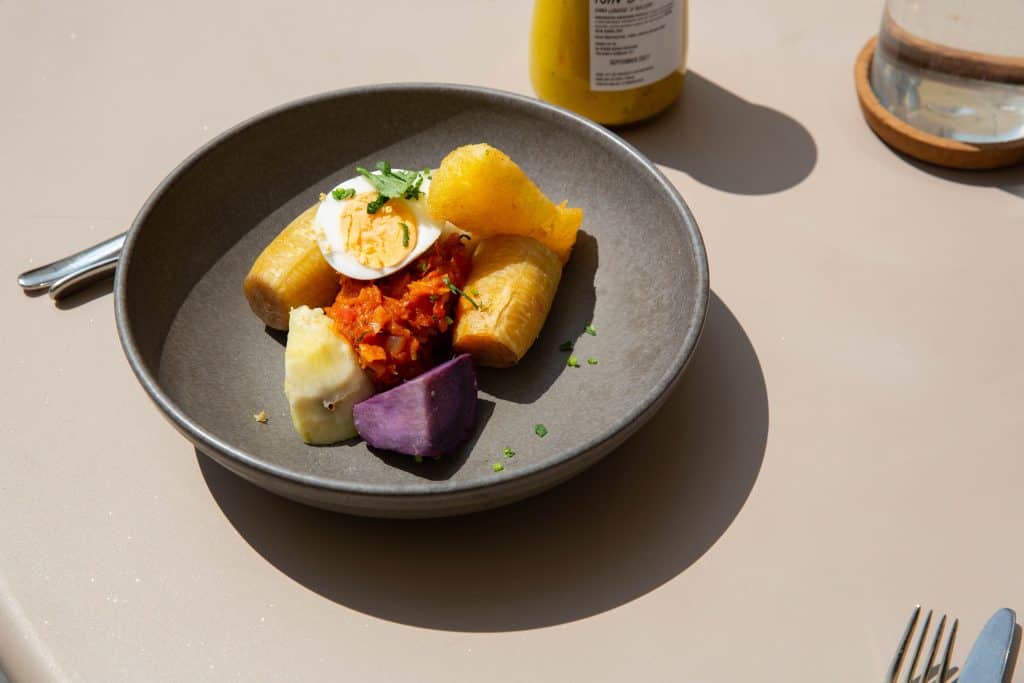 Heri Heri is the commemorative dish traditionally served on Keti Koti. It is a means of honoring the ancestors and preserving the lines of cultural memory. Last year, twin sisters Ayra and Ira Kipp of Kipp Republic launched a campaign to make 4000 free Heri Heri meals available throughout Amsterdam. This year they have expanded to 11,000 meals in Amsterdam, 17,000 nationwide. For more information click here.

Pictured left: Heri-Heri consists of boiled plantain, yuca, sweet potato, salt fish and boiled egg. This is a variation of the meal representing the “plantation foods” the enslaved would have had immediate access to.