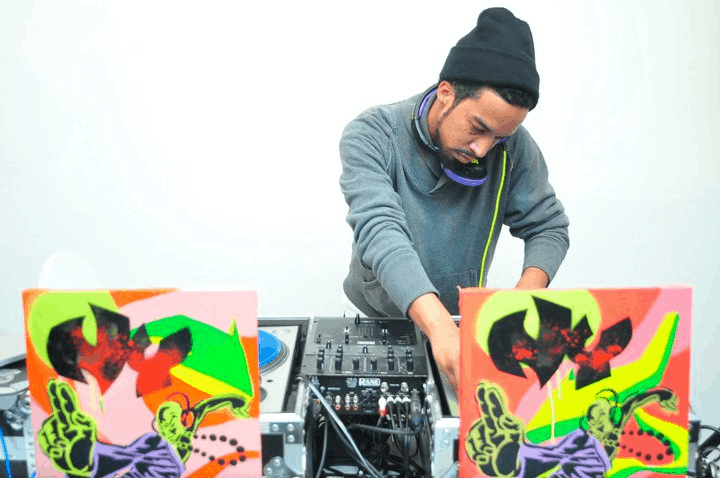 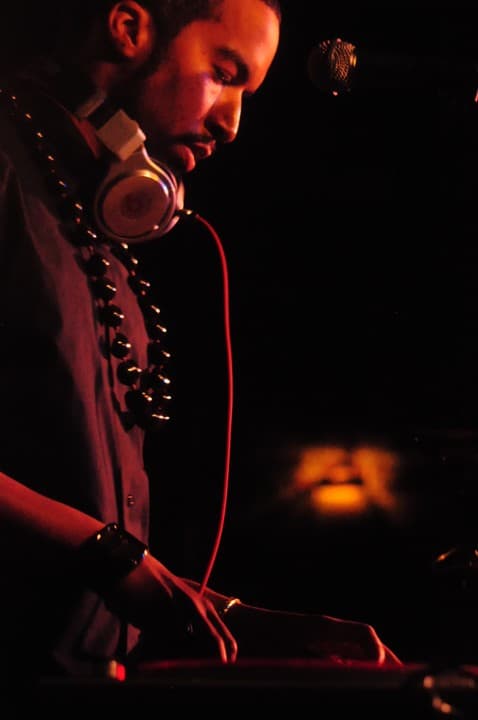 Posted at 14:15h in 5Questions, General by Kat 0 Comments

Following up from our earlier feature, meet the other half of the dynamic duo that brought us SHAOLIN JAZZ and this summer’s hottest flicks at Freedom Plaza, CAN I KICK IT? There are only two more showings left, so don’t miss out. In the meantime, check out our five questions with DJ 2-Tone Jones of the dynamic duo as he answers the following questions.

DJ 2-Tone Jones is a co-founding member of SHAOLIN JAZZ, and a world-traveling DJ who has shared the stage with the likes of De La Soul, Kendrick Lamar, Robert Glasper, Pete Rock, N’Dea Davenport, Mix Master Mike and many others. In addition to to his 10+ years of working with youth in the field of arts education, 2-Tone has also served as a US Ambassador of Hip Hop culture in places like India and Lebanon.

1. Describe your perfect day.
Getting out of bed after 9:30am, not going to the day job, playing 9-holes of golf, stumbling upon a thrift store or record shop and coming across something I’ve been looking for (or didn’t know that I needed), enjoying a crab cake from Legal Seafood or MLK Deli, conducting a CAN I KICK IT? film screening in front of a fun crowd, hitting up a bar with a pool table afterward to unwind and heading back to the lab to stay up late playing records and talking shop with the homies.

2. For those that may not know, what is the Shaolin Jazz project and how did it get started?
SHAOLIN JAZZ basically started out as a mixtape concept that Gerald came up with. He was doing this album cover art exhibition series to highlight the design work of different genres of music. With each event, he’d reach out to me to do a mix to complement each exhibition. When he came around to the last installment, which focused on Jazz, he got an idea of doing a Wu-Tang Clan and Jazz-infused mix based on a conversation he had with a graphic designer we later worked with named Logan Walters. About 5 months later I finally completed the mix and we called it SHAOLIN JAZZ: The 37th Chamber Mixtape (which you can still download for free from our website).

Long story short, in an attempt to further the notoriety around the mixtape we began to develop a range of creative content, merchandise, and engagements all stemming from the relationships and intersections between Jazz, Hip Hop and Martial Arts culture. It was all organic and unexpected, but in many ways, it all made perfect sense as it was being conceived. And here we are now.

3. Gerald explained the concept for Can I Kick It?, but walk us through the process of deciding how you go about scoring a movie like Black Panther?

With any film, it’s basically a scene-by-scene process. I first start listening to a variety of music and pulling songs aside that I think match the film or some parts of it sonically and lyrically. From there I test out music with different scenes to see how they fit. Given the cultural impact of a film like Black Panther, I have to make sure I am even more intentional about what I select to ensure I do the film justice. I can assure you that it’s gonna be an experience.

4. What makes your partnership with Gerald so successful?
We’re good friends with a long track record of working together professionally and creatively. And just as important, we have similar tastes when it comes to music, art, and entertainment. We constantly lean on one another through every step of the process, so that ensures that we don’t get too complacent and we’re always working to improve the quality of what we do.

5. How would you compare your self now to yourself 5 years ago?
Five years ago I was just as technically skilled and seasoned as a DJ as I am now. However, the biggest difference is that I now have a far greater sense of direction and potential. We always knew that Can I Kick IT? was a dope concept and that it could take off, but we didn’t really know what that would look like, where it would happen, when it would happen and how far it could go. Today we are much more aware of those things. So now the only thing we’re really concerned with is having enough time in our day-to-day schedules to take advantage of all the opportunities that are out there waiting for us. And on another note, I recently joined the 40 Club, so that’s a little different too.