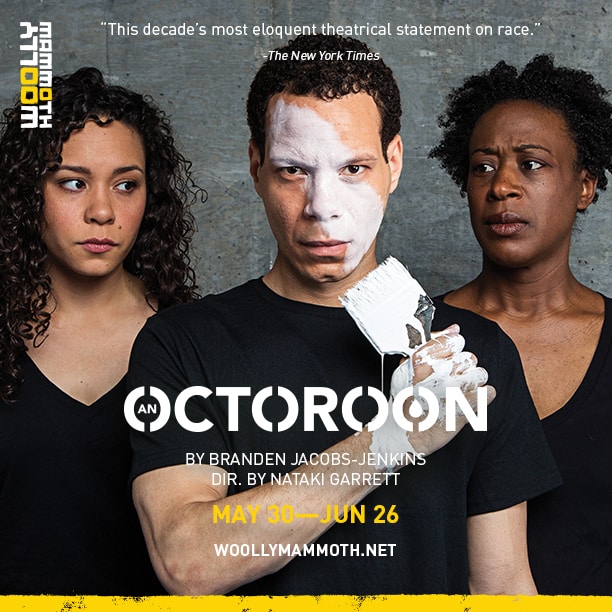 30 May Kat’s Korner: My Radical Re-Imagining of Mammy (Artist Statement)

The beauty of being a cultural architect is that you find out more about yourself in the process of creating. Coming up with this installation required me to get out of my head and construct from a deep and dark place. I am humbled to be part of the show and excited to share my vision in this capacity. What follows is a little background on the project and my full artist statement which had to be edited down for  the purposes of  the installation. The play and art will be at Woolly Mammoth from May 30th-June 26th. For more details on the play and more, click here.

Radical Re-Imaginings: Our Racialized, Past, Present and Futures, a public art project curated by visual and performance artist Sheldon Scott (Sheldon Scott Studios).  The project features DC area artists responding to the ways in which America’s racialized past continues to inform our present moment. Visitors and attendees are encouraged to engage with original works, and consider the questions that tie them together: When do we turn to the past, in order to turn from the past? How does working through and against the past allow us to better understand the present moment? 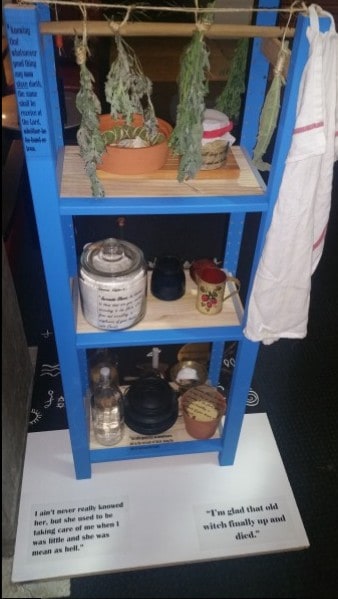 Once the focus of An Octoroon shifts to the Plantation Terrebonne, we are introduced to Dido and Minnie, two enslaved women bound to the setting of An Octoroon by Brandon Jacobs-Jenkins. New to one another, they begin conversing and land on the topic of Mammy. When Minnie asks Dido what it was like to work with the recently deceased head of the kitchen, Dido responds: “The worst. I’m glad that old witch finally up and died.” Minnie continues: “Yeeuh. I ain’t never really knowed her, but she used to be taking care of me when I was little and she was mean as hell.”

I was struck by the reductive description of Mammy’s entire existence in the few lines of dialogue. Here was a woman that was considered property, expected to feed and care for those that owned her as well as take care of those who much like her, were also owned. Like many enslaved people, Mammy probably suffered all sorts of physical, emotional and psychic traumas. Now she was dead and the most that could be said about her was that she was a “mean witch”. I found this troublesome for many reasons but primarily because the word “mean” is the sort of word used to refer to Black women who don’t stand for any mess. Much like the word “witch” is used to dismiss the knowing women who are clear about themselves and unafraid of the status quo. I wanted to honor Mammy by showing her depth and re-imagining her as a powerful witch mother who was largely invisible and misunderstood at the same time.

In an effort to move past the typical representation of the mammy figure, I created a double-sided installation. The blue used for what I call her public space is in honor of the orisha Yemoya who represents the ultimate mother in IFA religion. As the cook, Mammy is responsible for the nourishment of members of the big house. She is also in large part, the resident healer using herbs such as rosemary, sage and garlic to chase away common ailments that would have affected both master and slave. The bible verses that are attached to the various containers are a reminder of her condition as an enslaved person bound to serve, and an ironic reference to the power that she possess as sole mistress of the food and cook space. Regardless of her disposition, every time she prepares something to be consumed she decides who lives and who dies, a fact often overlooked when examining slavery in America and beyond. Her tools as represented on the shelves, are everyday kitchen items and food stuffs that are recognizable and non-threatening to those under her care. 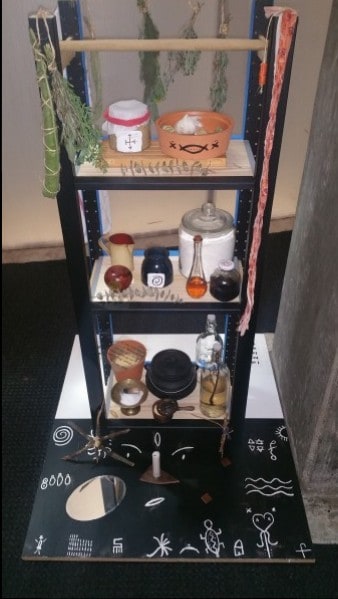 Once Mammy is alone, the public side gives way to a deeper and more mystical space that the witch occupies. To be clear, for me the word “witch” is a term of empowerment. As a healer, Mammy can conjure unseen forces even in her enslaved state. The black color used for this side refers to the depth of Mammy’s power, not her racial designation. Here we see that some of the same tools found in her public life have been transformed for ritual use. We also get a glimpse into Mammy’s past and see that her memory is long. There is pain and longing that accompanies her everyday existence. The meanness that both Minnie and Dido refer to is not without cause. Mammy has lost a great deal including time, home and children.

In order to survive Mammy must transmute the pain that she endures daily into symbols and remembrances. Herbs that are used as seasoning and medicine can also be used to purge unwanted pregnancies and smoke away negative thoughts and energies. While she must publicly bear witness to the varied atrocities associated with plantation life, she has also created space where she can speak to her ancestors, remember her lost/stolen ones, and receive messages from the spirit world.

The beauty is that no one suspects a thing. Her tools, the source of her ultimate power, are in plain sight and are unrecognizable to her oppressors and foes alike. By representing this duality, I have re-imagined the role of mammy as one of power, even under oppressive circumstances, and highlighted her humanity as more than just her temperament.