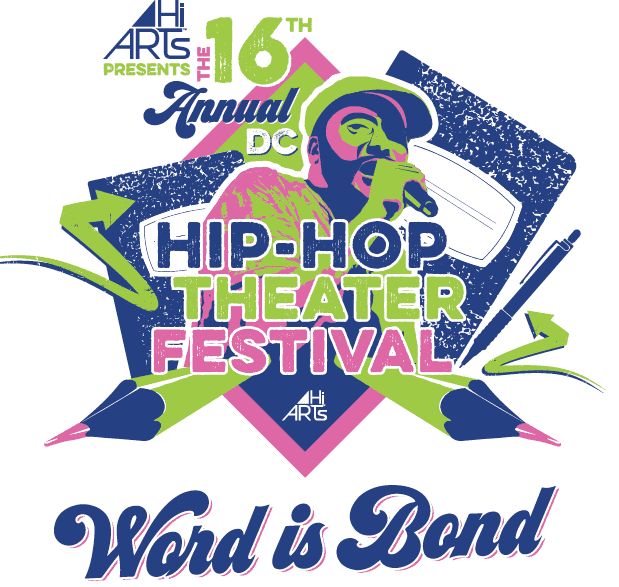 For well over a decade, The DC Hip-Hop Theater Festival presented by Hi-ARTS has showcased the stories, people, music, dance, and word of Hip-Hop live and on stage worldwide. Over the past 15 years, the DC HHTF has served over 25,000 people in the DC area with its programs. The DC Festival receives unprecedented support from major institutions and longstanding partners in Washington, D.C., including The Kennedy Center, DC Commission on Arts and Humanities and Dance Place.

Curated by Goldie Patrick, the 2016 DC Hip-Hop Theater Festival is designed to capture the identity of Washington, D.C. through the unique stories produced in it, by it, and from it. while also celebrating the D.C. wordsmiths of drama, poetry, and hip-hop culture. This year’s festival, using visual art, space, and productions, is focused on promoting D.C.’s own talent, storytellers, and stories through the vehicle of Hip-Hop Theater. It creates a platform for the city to revisit and reflect on how the word connects communities, experiences, and our past and future in D.C. through the theme Word Is Bond.

Check Out This Year’s Events:

THE MESSAGE: HIP-HOP OF THE PAST, PRESENT AND FUTURE

SOUND OF THE UNDERGROUND